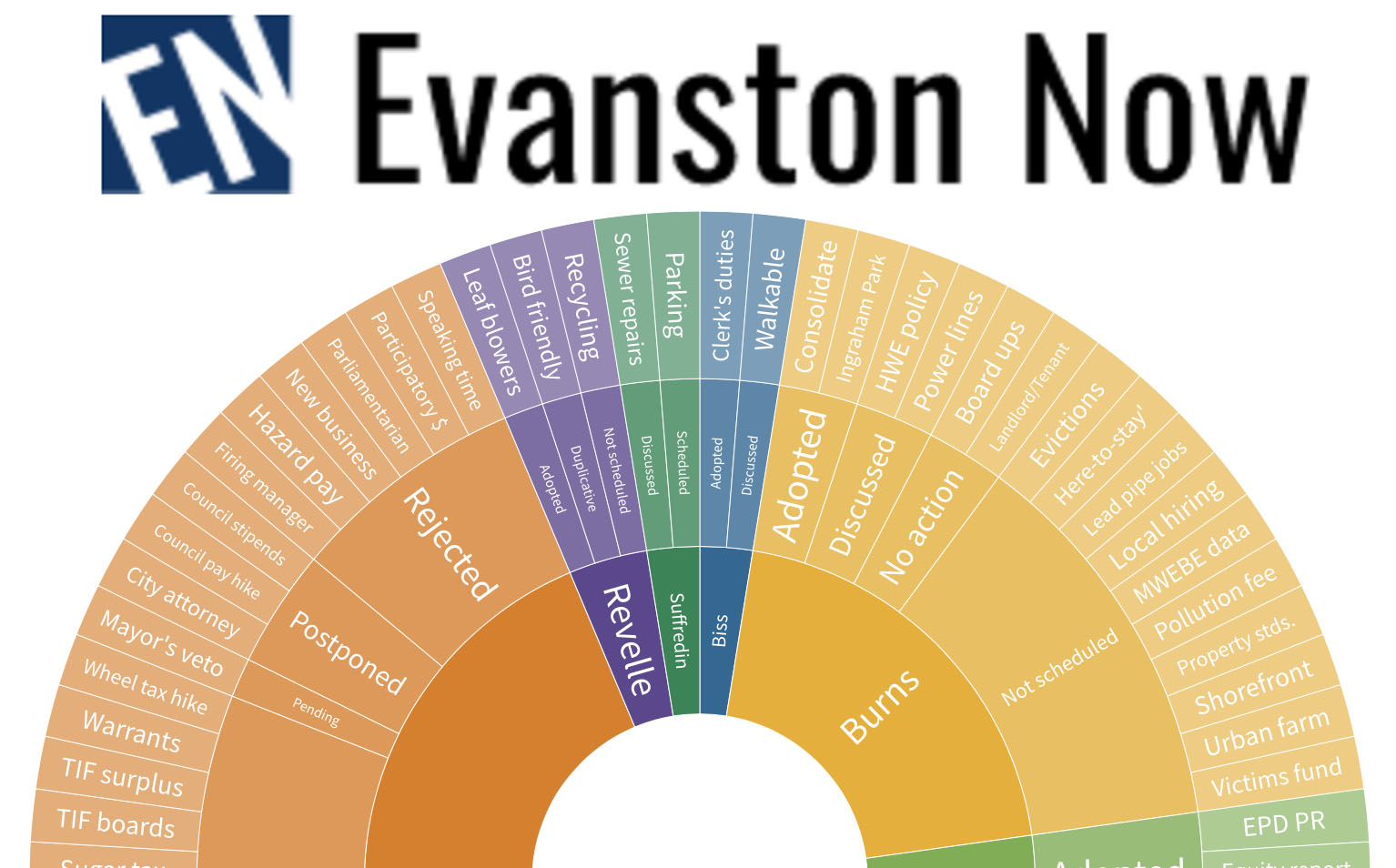 Evanston City Council members have advanced dozens of ideas for new legislation since they formed a Referrals Committee following last April’s election. Most of those ideas remain somewhere in the legislative pipeline, but 15 have been adopted and seven have been rejected.

(Click on the the name of a proposal in the chart above to see details about the concept and its status in the legislative process.)

Alders have varied widely in their proclivity to use the referrals process — but the process is dominated by council members elected this year.Among the new council members, Ald. Devon Reid (8th) has submitted nearly half the total referrals with 36, followed by Ald. Bobby Burns (5th) with 16, Ald. Clare Kelly (1st) with eight, Mayor Daniel Biss with two and Ald. Jonathan Nieuwsma (4th) with just one. Among returning council members, Ald. Cicely Fleming (9th) has 11, Ald. Eleanor Revelle (7th) has three and Ald. Tom Suffredin (6th) has two.Two returning council members, Ald. Peter Braithwaite (2nd) and Ald. Melissa Wynne (3rd), have not submitted any referrals.Some council members who advocated for creation of the Referrals Committee saw it as a way to reduce the chance that an idea would get lost in the system if city staff didn’t favor the proposal.But it has become evident that there are also limits to the number of ideas that staff can research and develop legislative language for in a given period of time. Half the proposals haven’t been scheduled for discussion or have had no action taken on them as the year comes to an end. And, under current rules, the Referrals Committee does not require that a council member demonstrate that any other alders support their idea before the proposal starts the down the path to formal consideration. 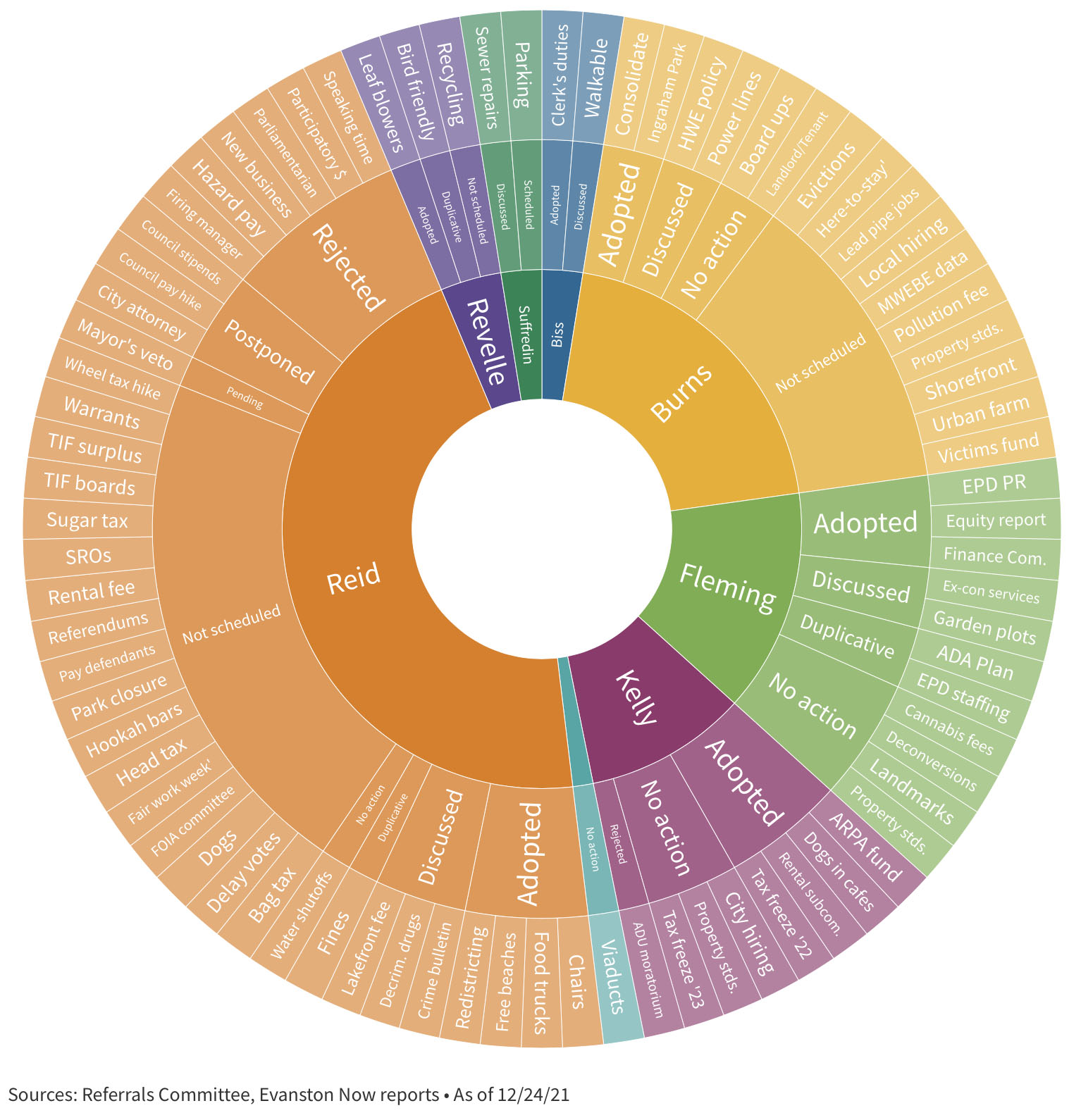